Thoughts Running Through My Mind-Please Forgive the Ramble

First of all I want to thank you all for your prayers for Sadie and Nicole's families. Please continue to pray for them especially their parents. I can't even imagine what they are going through. No parent ever wants to get that call or a police officer showing up at the door with news your child has been killed.
I look at my Kaitlyn and think, it could have been her and how grateful I am she is safe here at home.

I'm sure Sadie and Nicole's family and friends are asking why. I too am asking "Why Lord? Why these young girls?" " Was someone texting" " Was someone drinking?"

I saw a picture of the accident scene in our local paper and the damage to the cars is just unbelievable. One car looked liked one of  those toy cars that break apart when they hit a wall or something.

There is no word yet on what caused the accident. I read somewhere that toxicology reports can take weeks to be completed.
There's no update on the other driver, Scott so please continue to pray for his recovery.

I think I've rambled enough. I just needed to "talk" so to speak. Thank you for taking the time to read this.
Have a blessed day my friends.

Book Review-Moments til Midnight: The Final Thoughts of a Wandering Pilgrim-by Brent Crowe An excerpt from the back cover:
Brent Crowe imaginatively retells the last twelve hours of Paul's life and along the way, readers will be encouraged to live with purpose, to redeem the time, and to embrace the awesome reality that they too are on a sacred journey.

Brent begins the first chapter , (Noon) with a short history of emperor Nero. Nero was extremely evil and he absolutely hated Christians. He blamed everything on Christians. To be honest ladies, I think he hated everyone, including himself. That just my personal opinion though.
Back to the book, Nero ordered the execution of countless numbers of Christians including Paul.

Brent describes what might have happened when Paul learned when he would be receiving his death sentence. He says that perhaps a note on parchment was smuggled illegally by a guard. The parchment would in a bucket on top of bucket of slop given to prisoners. Paul would read the note: "EXECUTION TO BE CARRIED OUT AT MIDNIGHT. Signed: Your brother on the journey." I can't imagine what that must have been like for Paul.

Instead of chapter numbers, each is a  "countdown" of each hour leading to Paul's death, beginning at Noon ending at Midnight.
One chapter that stood out to me was the chapter called "Ten o'clock- Sanctifying Failure and Redeemed Regret"
Brent wondered if Paul, while in that dark dungeon struggled with guilt for persecuting Christians before his conversion. He also  wondered if Paul struggled with depression after beatings or imprisonment.
And what was that thorn in the flesh Paul talks about?

After reading Moments til Midnight, I have a deeper appreciation for Paul. I also have a deeper respect for those Christians living in countries where Christianity is outlawed. I think every Christian should read this book.

I received a copy of this book from B&H Publishers in exchange for my honest review.
at March 21, 2019

Hello dear friends. I'm coming to you with a sad prayer request.  Two high school girls ( ages 17 and 18) were killed in a  head-on car crash on Monday. They were seniors at our local high school here in town. My senior daughter didn't know these girls since she is a homeschool student but had she gone to the high school, she would have known them since the school is small.
Our pastors and pastors from other churches have made themselves available to the families of the victims if they would like. The accident is still under investigation and police are waiting toxicology reports to determine if impaired driving was the cause.
Though the victims names have been released I'm just going to give the first names only so please pray for Sadie's ( age 17) family and for Nicole's ( age 18) family.
The third victim, 44 -year -old Scott who was driving the other car, is in stable but critical condition so if you can pray for him too. Thank you!
If you have teens, hug them a little tighter.

The Great Snowpocalypse of 2019

Last week winter storm Quiana came through Arizona with a vengeance dumping tons of snow.  We understand from residents who lived here the longest that this is the most snowfall they had seen in about thirty years.
We probably won't get snow like this again unless this becomes the new normal.

We decided we " ain't afraid of no snow"   so went out and to play in between breaks of heavy snowfall. 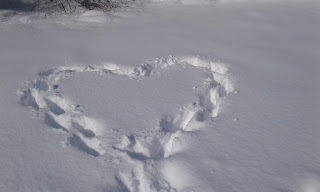 Kaitlyn expressed her love for the snow in our backyard! 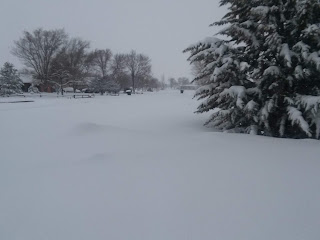 This is out front and somewhere out there is road. We don't have sidewalk so you can't even tell where the where anyone's property starts. 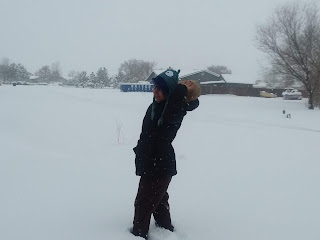 "Mom it's cold out here but I just love snow and here comes the neighbors!" Our neighbors drove by laughing and waving at us. 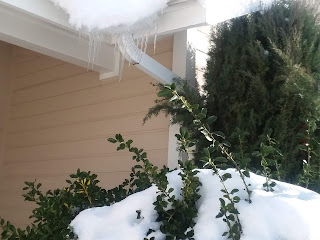 Icicles! There were even more the next day. 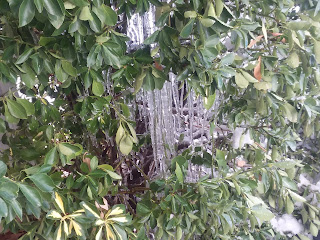 These  icicles that are in the bush from the above photo are waiting to jump out and attack  unsuspecting solicitors! 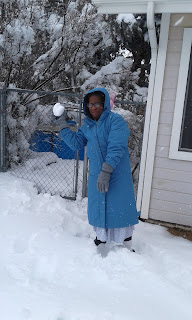 Don't mess with Mom! She's armed with a snowball and she's not afraid to use it!

The snow is about all melted now and I admit I'm going to miss it. I remember saying back in January I hoped for one more good snow. Well we got it and then some!
at March 01, 2019